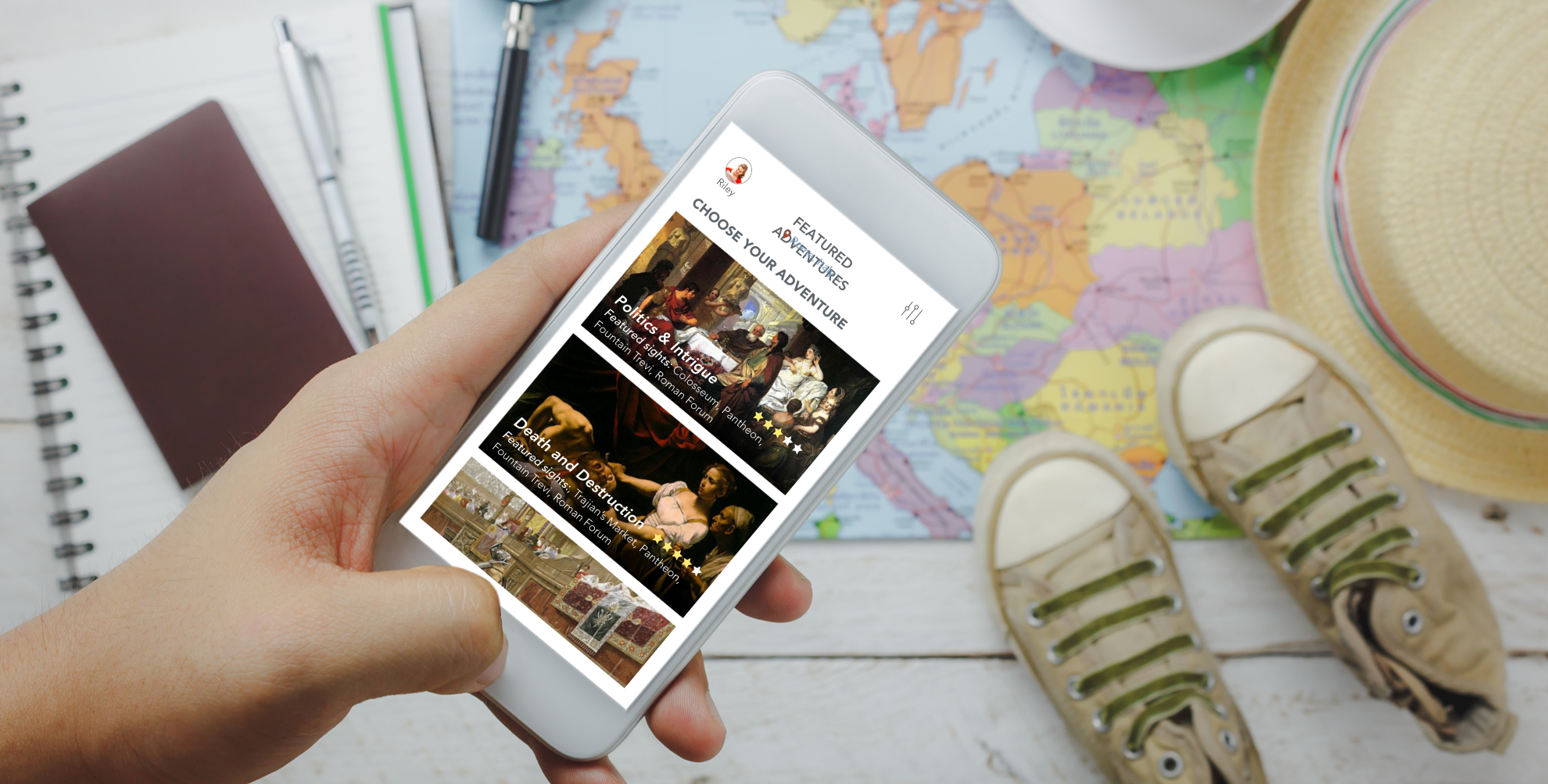 AdvntR is a mobile app that brings a gamified experience to touring historical sights. It takes the user on a non-linear path through different sights. Unlike traditional guided tours, AdvntR empowers users to discover and explore on their own terms. It uses augmented reality to draw them deeper into the experience by showing them what history really looked like.

People want a more personal sightseeing experience. They want it to feel like their own journey, and they want to discover things they would not have found on their own. Most of all, they want to be immersed and entertained, not just educated.

If we provide millennial users with the ability to view historical sights via augmented reality, they will feel more entertained on their trips.

38 responded
How often have you traveled in the past three years? 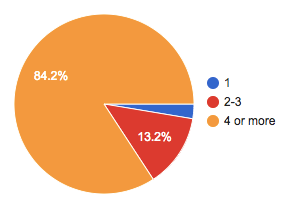 Have you ever been on a guided tour while traveling? 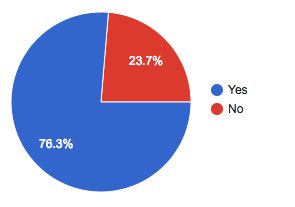 Have you ever used augmented reality? 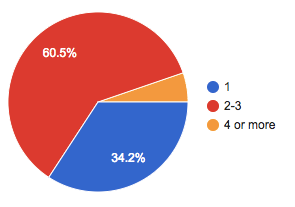 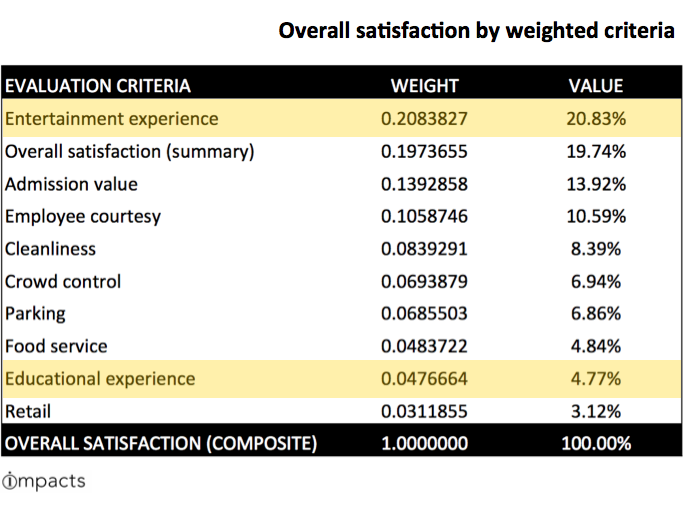 We synthesized our data by creating an affinity map. From here, we organized our key findings into a persona and a user journey. In our persona, we listed the goals, needs, and pain points we gathered from our user interviews. We created a journey map to layout the users' full touring experience.

With our synthesized data, we created our persona: Riley. 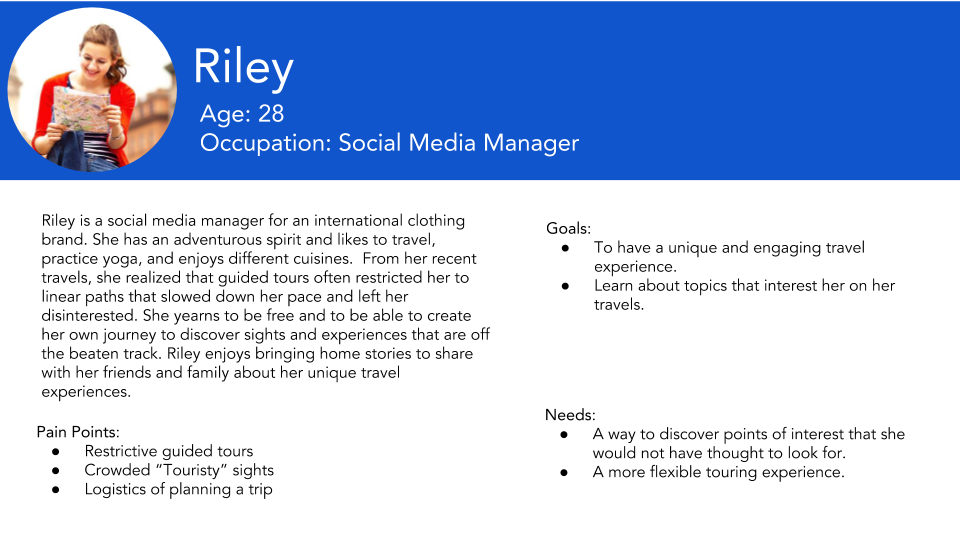 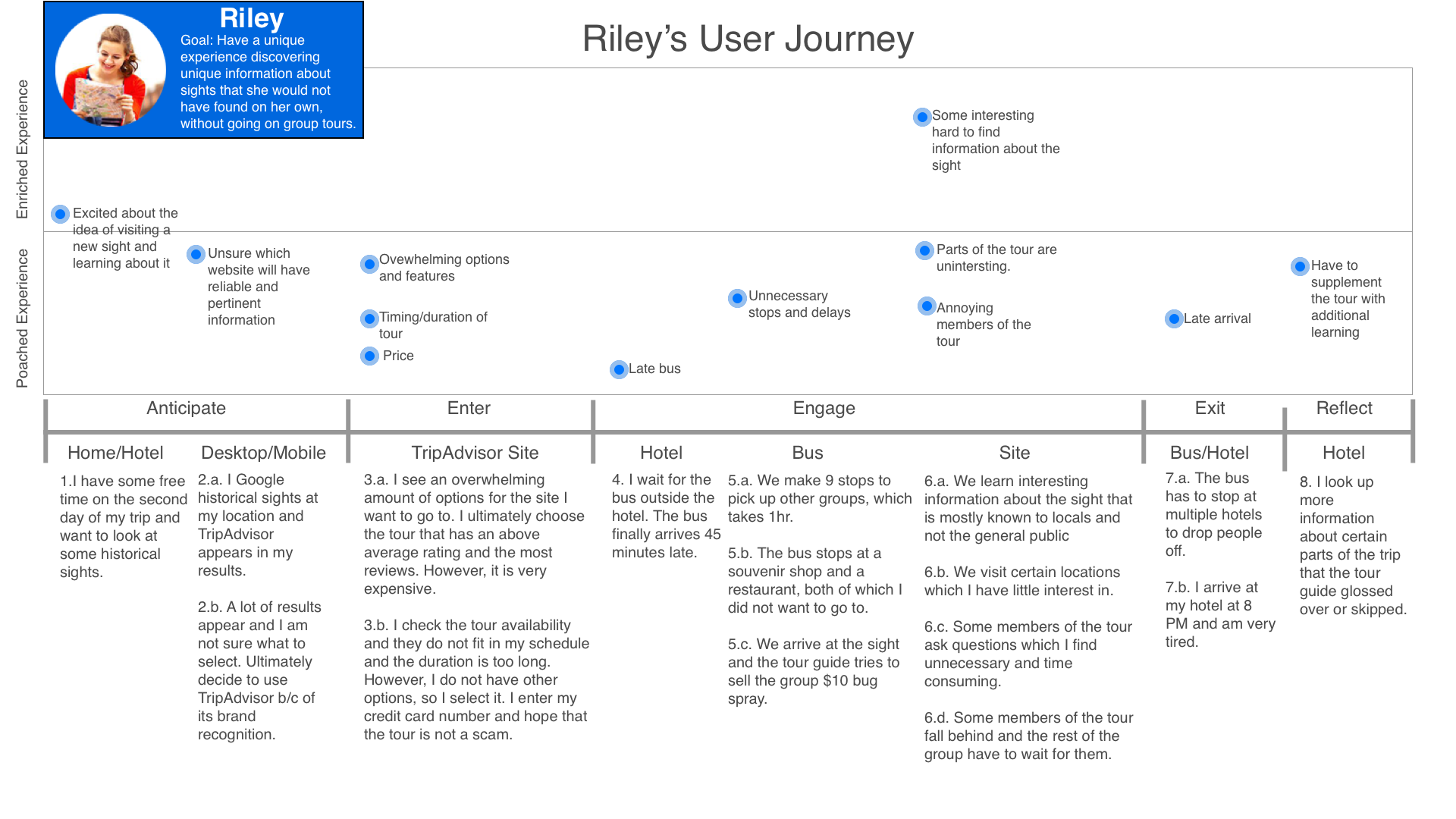 Before delving into the design phase, my team and I created a MoSCoW graph which lists features that would must have, should have, could have, and won't have in our application. 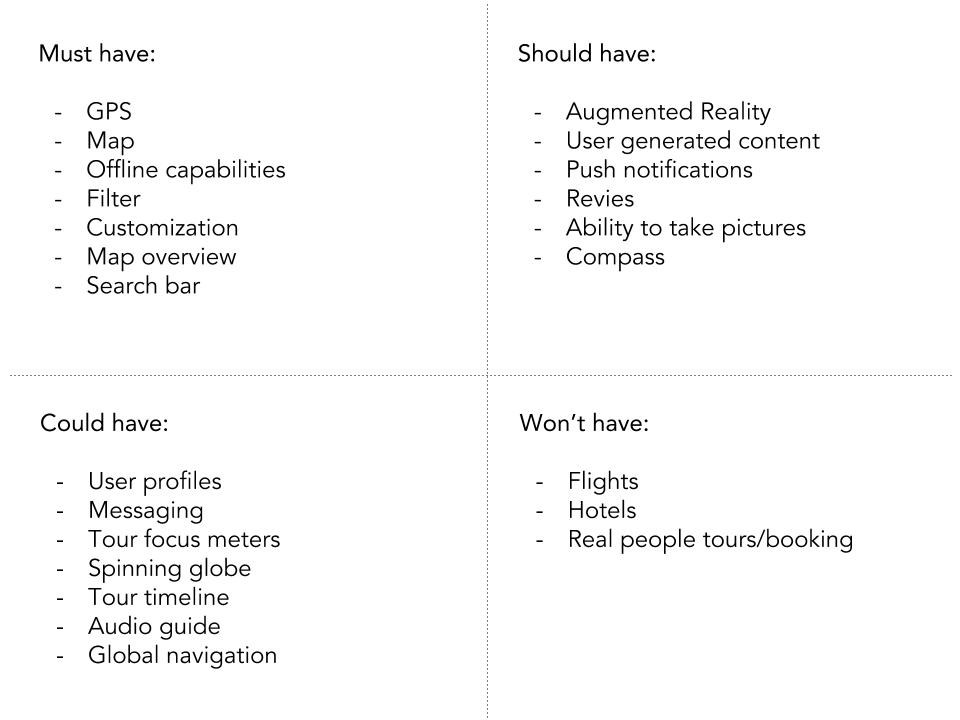 We started our design phase with a design studio, which involved each of us creating our own paper sketches, and then sharing them with each other. From there, we combined our ideas on a white board, and then moved on to the mid fidelity wireframes. 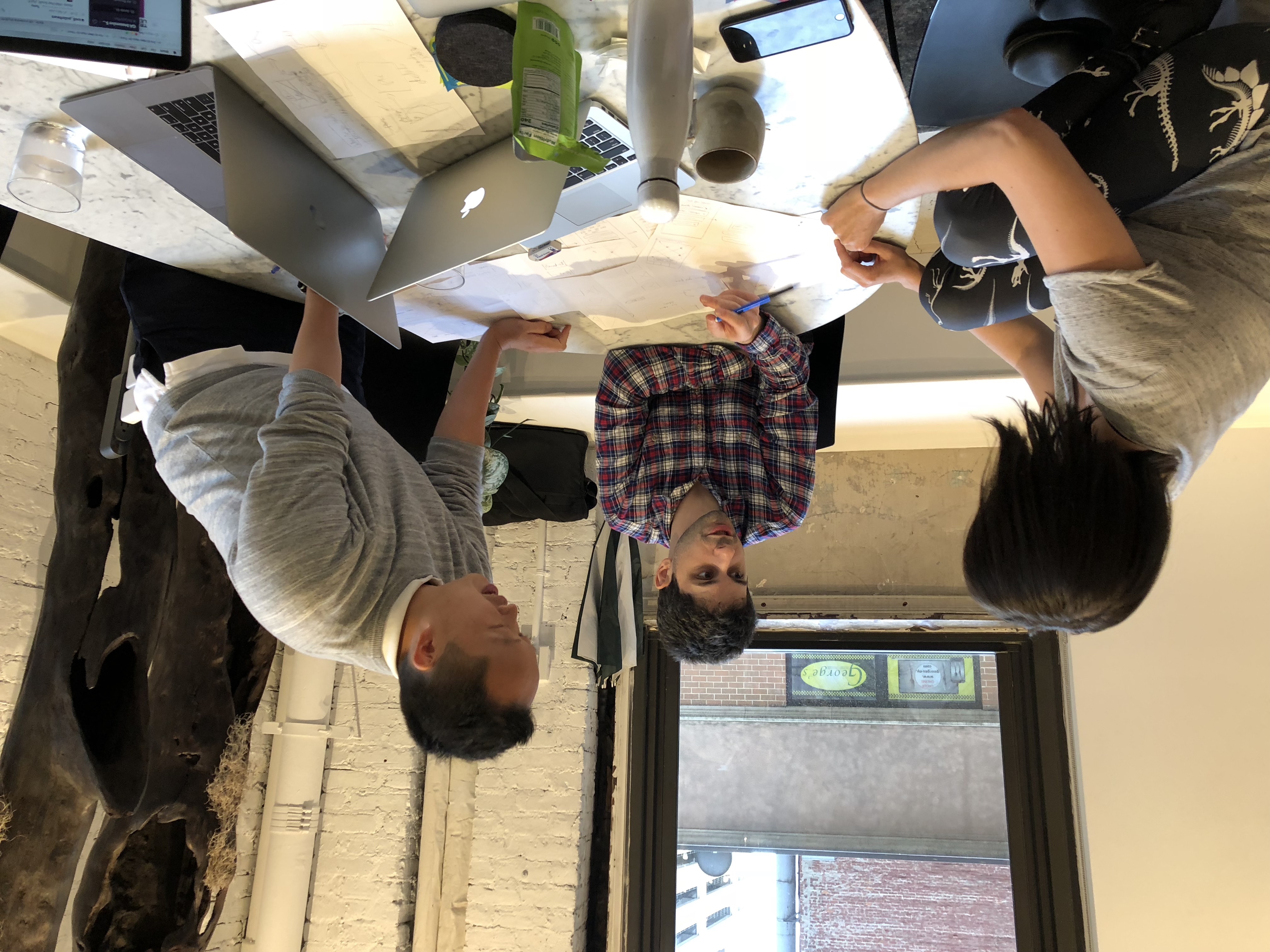 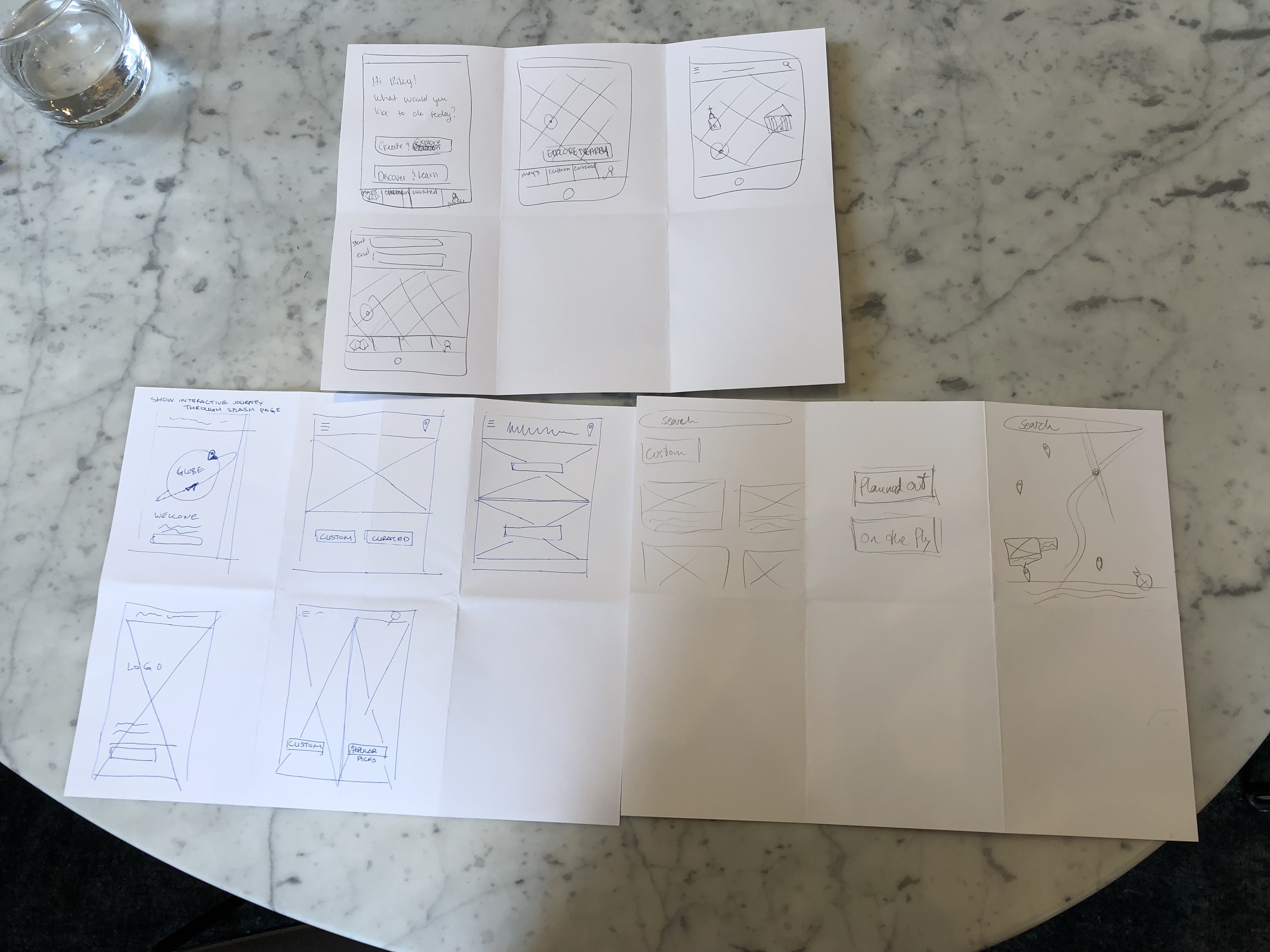 After some testing, we went to the whiteboard and decided to make a major pivot in our overall design. We decided to focus more on the gamification of the touring experience. We simplified the app to allow the user to only browse "adventures". The app would then tell the user to go to a specific sights, and when he gets there, the app would show the user a map of the sight with only a few hotspots. While walking around from hotspot to hotspot, the user would be notified about secret hotspots, thus giving more of a feel of exploration. 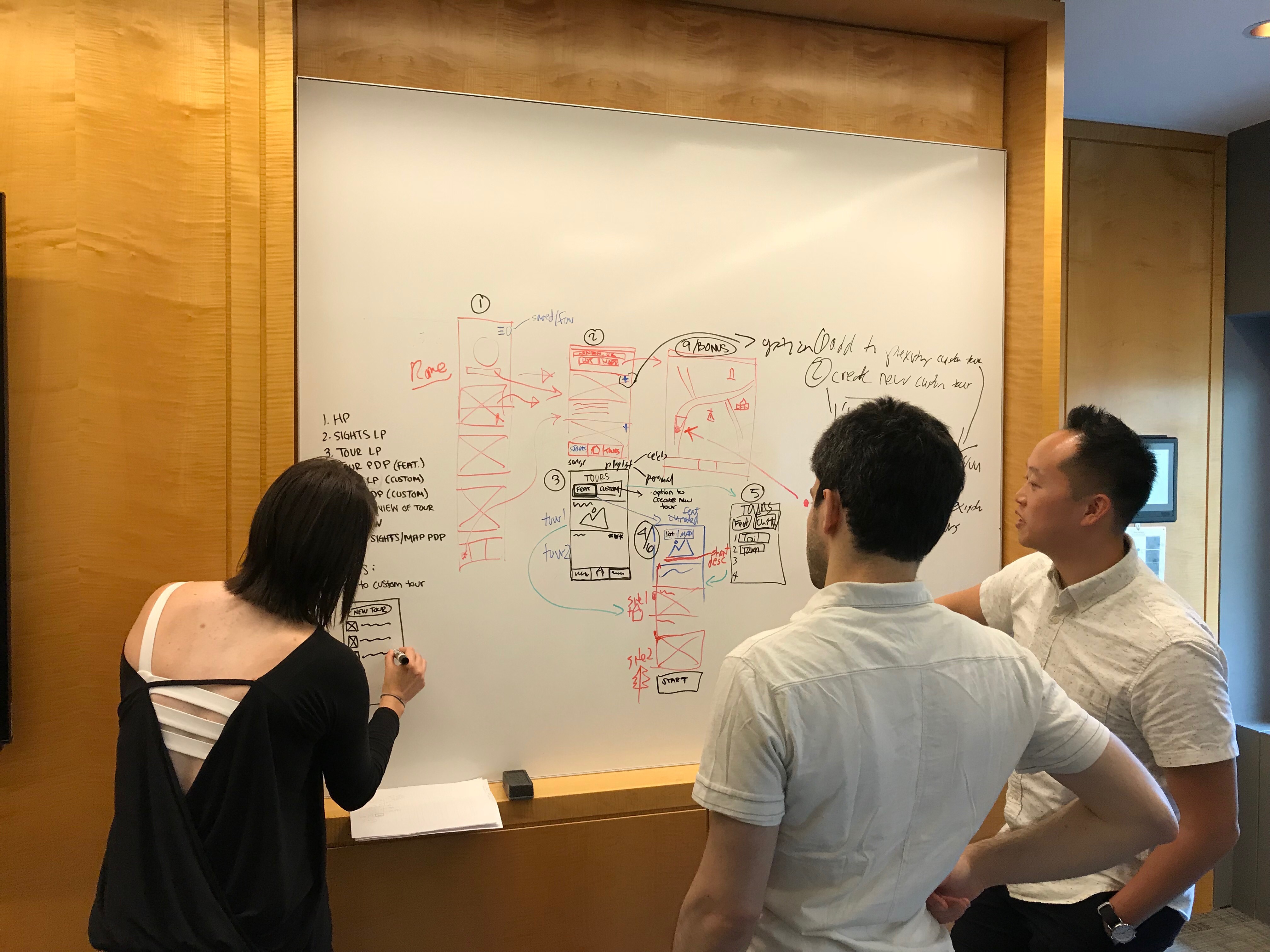 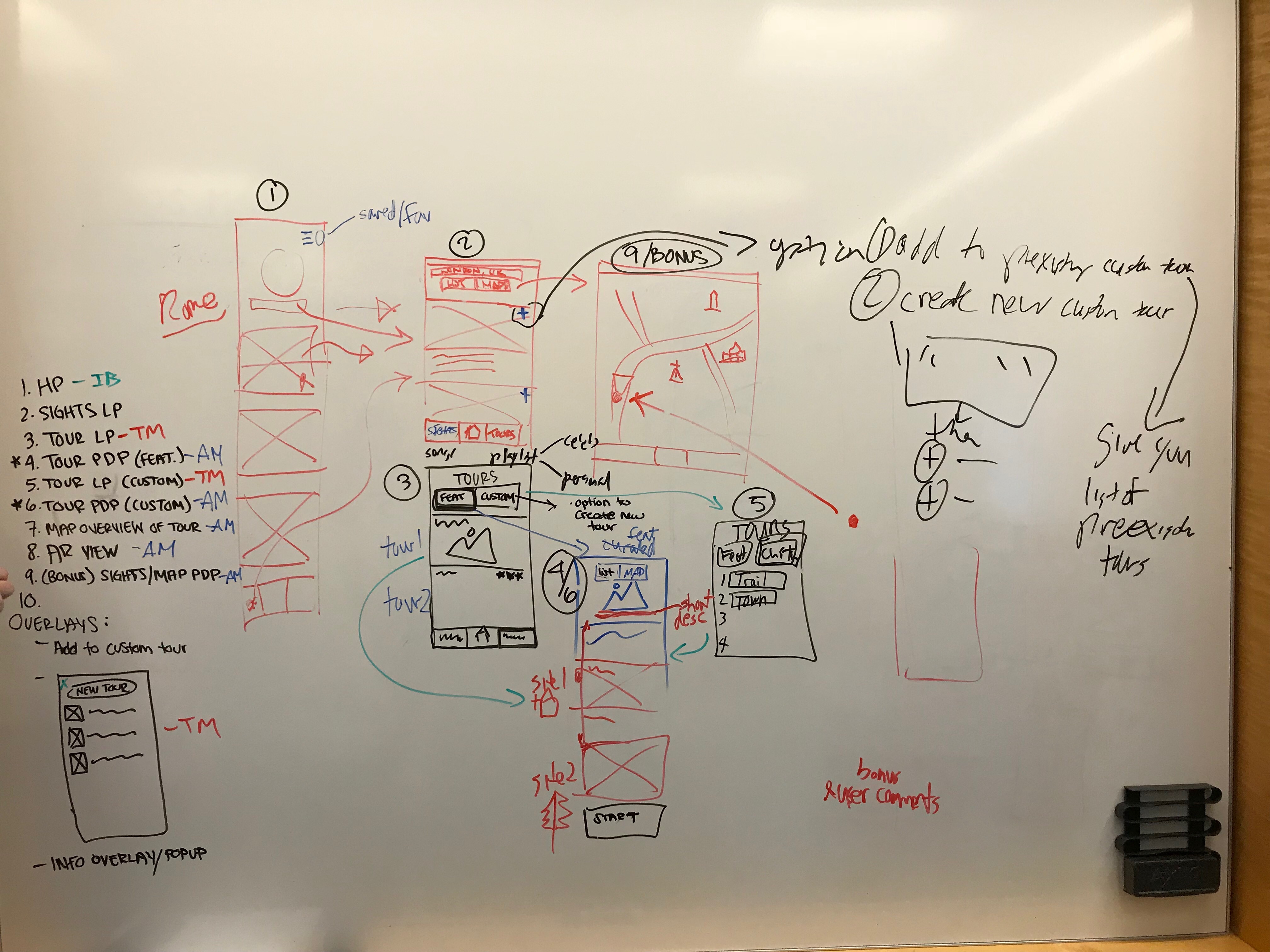 Our final deliveries to the stakeholders included user flows, a sitemap, and of course, all the annotated wireframes.
Site MapUser Flow